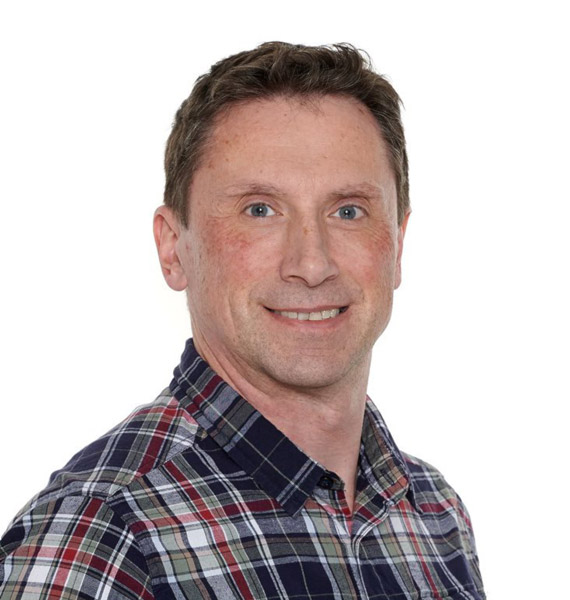 I first got interested in MRI when I was training to be an NHS radiographer in the early 1980s. In those days, it seemed like science fiction to be able to image the soft tissues in such clarity and without the use of the ionising radiation I was using to image the body at that time. I could sense that there was considerable scope and future in MRI and that I was witnessing the birth of a new imaging modality that would (in some areas) supersede the traditional cathode ray tube modalities that had dominated up to that point. From where we stand today, in the age of mobile phones and microchips, computer power is all around us in devices from watches to cars; it is second nature to cram tech and connectivity into almost every device possible, but in the early 1980s, it was still not clear that computers would ever have enough speed and power to make an MRI system a clinically viable tool. Thankfully, for MRI and my career, the rest is history.

The day starts (as I’m sure for all radiographers) with a look at the calendar and list of patients/participants. Then, with my colleagues, to make the necessary preparation for a smooth-running day. Never underestimate how much preparation from radiographic, support, and academic staff goes into the apparent smooth running of a busy MRI day. The proverbial swan gliding above the water and on show belies the frantic leg-flapping underneath!

At CUBRIC I am also a co-designer (with Paul Allen) of novel MR devices and accessories. In the past, I’ve created several best-seller devices in design and technology using 3D printing technology. Our latest design is an “MR Faceshield”

used as an infection control device—an alternative to a facemask/covering for patients who aren’t able to tolerate a face mask/covering during their CNS MR procedures.

I joined the SMRT to be interconnected worldwide with other MR practitioners and MR experts and to use and disseminate this expertise in my own practice. I am a member of the MR Safety committee, and it furthers my own knowledge by consulting on committees with the very best experts on the planet. If I can also contribute something to the mix and add to the greater knowledge which already exists, more the better.

There is something special about the SMRT which, in my opinion, takes it ahead of other competing similar MR scientific and professional bodies. SMRT has all the depth and breadth of expertise of other significant scientific organisations, but it marries this with a very friendly and open style in its business, teaching, and society matters. I think this is unique and ultimately places it above all others, in my humble opinion!

Something that most people do not know about me is that in 2016 our director, Professor Derek K. Jones, gave me the honour of personally demonstrating the Siemens Connectom scanner to Her Majesty the Queen at the opening of CUBRIC.

I am also an active member of The Poetry Society. I’m developing my own writing in poetry and prose style and hoping to indulge more of this once I finally stop practicing MR; watch out for more of me in the future in that area!

I have never tired of looking at every single MRI image or MR data that I have created. The sensitivity, clarity, detail, and exquisite nature of MRI images, for me, almost stand on the border between medical imaging and a piece of artwork. The inside of the healthy human body, imaged by MR is fascinating, and could even be described as beautiful.