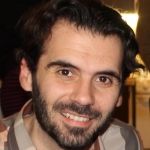 Prior to joining the faculty of École Polytechnique and the Montreal Heart Institute, Nikola completed his postdoctoral training at the Montreal Neurological Institute, and his B.S., M.S., and Ph.D. degrees at Stanford University.  A son of a sports journalist, Nikola has made journalism his hobby by periodically contributing pieces on science and film to newspapers and blogs in his home country, Macedonia.  His career and his hobby are finally united in Magnetic Resonance in Medicine Highlights. 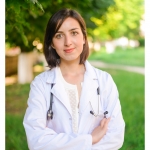 Atef is a medical graduate from Iuliu Hațieganu University of Medicine and Pharmacy in Romania with a deep interest in  neurodegenerative disease and neurocognitive disorders. The desire to help develop treatments through gaining a better understanding of these afflictions motivated her to pursue a career in neuroscience research, and drives her passion day-to-day. She is currently working toward her MSc in Neuroscience at the University of Montréal. In her free time, Atef enjoys writing, eating chocolate, and watching Big Bang Theory with her fiance. 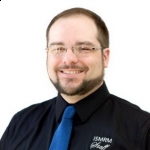 John is an ISMRM employee and runs the society’s website and social media accounts. As a sometime graphic designer, he helped develop the MRM Highlights graphics you see on the blog, Facebook, and Twitter. Although not a scientist himself, he did pretty well in high school physics.

Akshay is a PhD candidate at Stanford Unviersity. He is interested in pulse sequence design and image reconstruction for performing quantitative musculoskeletal imaging in patients with osteoarthritis. Akshay is an avid cyclist who enjoys racing bikes as well as playing lots of ultimate frisbee! 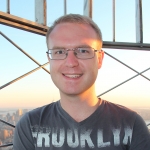 After obtaining a joint Master’s degree from Polytechnique Montreal and Université Libre de Bruxelles, Benjamin started a PhD in NeuroPoly lab with Julien Cohen-Adad. He is leading the development of the Spinal Cord Toolbox, the first comprehensive software for processing MRI data of the spinal cord. Benjamin is particularly interested in understanding secondary mechanisms of spinal cord injuries and how we would be able to repair the spinal cord following an injury. Benjamin is also interested in combination of (neuro)science and art and is tweeting about projects in these topics.

Sumeeth is an MD/PhD student in Biomedical Engineering at Vanderbilt University. His research is focused on pulse sequence design and image reconstruction techniques for MR-guided focused ultrasound surgery (MRgFUS) and its applications in functional neurosurgery. In his free time, he enjoys exercising, exploring the ever-expanding foodie scene of Nashville, and hanging out with his dog Johnny.

Mario is a PhD student in Electrical Engineering at Stanford University. His research is focused on trajectory design and reconstruction techniques for cardiac imaging. He also enjoys traveling and salsa dancing. 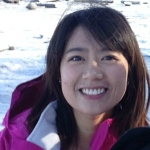 Xin is currently a PhD student in Biomedical Engineering at the University of Southern California. Her research is focused on novel constrained reconstruction methods for cardiac imaging. In her free time, Xin enjoys traveling and singing in the choir. 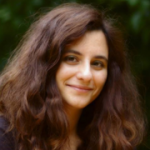 Pinar joined Advanced MRI group at the National Institutes of Health in Jan ’17, right after obtaining her PhD at ETH Zurich. She has worked on novel contrast mechanisms for brain imaging, particularly quantitative susceptibility mapping for structural and functional MRI at high field systems. Currently she is trying to understand resting state fMRI signal changes in white matter during long scan times. She enjoys baking, working out and pilates, discovering new coffee spots in DC, and moreover, in her free time, she is practicing conversion between °C and °F.

Ryan spent his undergrad (geophysics, UAlberta) imaging slate; was reborn, a blank slate, as biomedical engineer, for his MSc (UAlberta); and is slated to complete his PhD (Polytechnique Montréal) sometime in the next couple years. 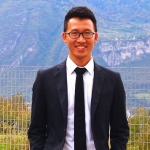 After completing a Master’s degree in Telecommunications Engineering in Italy, Tung changed his career path to a Master’s project in Biomedical Engineering at NeuroImaging Research Laboratory (NeuroPoly) of École Polytechnique, Université de Montréal, Canada under the mentorship of Dr. Stikov and Dr. Cohen-Adad. He is working on implementing novel quantitative magnetization transfer imaging techniques, focusing on measuring the myelin g-ratio in demyelinating mouse models. Tung is also interested in traveling, music, and cultural exchanges.

Bo is a postdoc at the Massachusetts General Hospital Martinos Center and Harvard University pursuing development of novel acquisition techniques and contrast mechanisms, much of which is suited for Low Field MR. He obtained his PhD in HST/Biomedical Engineering and Bachelor’s in Electrical Engineering at MIT.  He enjoys reading, traveling, and skiing. 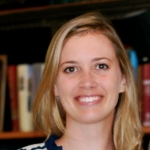 Erika is working towards her PhD in Neuroscience from Georgetown University and the National Institutes of Health. Her current research focus is using novel MRI methods to study white matter microstructure during adolescent development. Erika also enjoys scientific outreach through social media, reaching stage 4 sleep, and IDL programming. In addition to tweets for @mrm_highlights, she is @erikaraven. 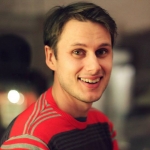 Mathieu is a PhD student in the Biomedical Engineering Department at McGill University. His research interests are quantitative MRI methods of the brain (B1, T1, magnetization transfer) and their applications to multiple sclerosis. In his free time, Mathieu enjoys  cooking, juggling, and is a cinephile.

Samantha is currently a PhD student in Biomedical Engineering at Vanderbilt University. Her research is focused on the development of quantitative MRI methods for the spinal cord to study its role in neurodegenerative diseases. In her free time, Samantha enjoys cooking, playing soccer, and traveling.

Mark is a post-doc at the FMRIB Centre in the University of Oxford, after having obtained his PhD at the University of Toronto. He currently works on developing novel acquisition and reconstruction techniques for highly accelerated fMRI. Mark enjoys eating noodles, wearing sandals to work, and watching Star Trek. 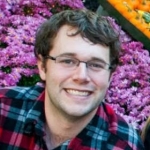 Blake is a PhD student in Electrical and Computer Engineering at Johns Hopkins University. He works at the F.M. Kirby Center for Functional Brain Imaging, where he works on pulse sequence design and compressed sensing reconstruction. In his free time, Blake enjoys reading and photography. 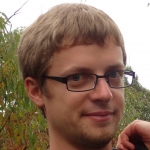 Thijs is a postdoc at the Florey Institute of Neuroscience and Mental Health in Melbourne. He obtained his PhD at the University of Leuven in Belgium.  He is working on automated data-driven methods to extract and process tissue-specific information from more conventional (clinically feasible) diffusion MR data. Living in Melbourne, he has become a coffee snob and tea addict, and is fascinated by Australian wildlife.

Adam is a PhD student in the joint Bioengineering program at UC Berkeley and UCSF whose research focuses on the development and translation of metabolomic biomarkers for brain tumors using ex vivo and in vivo CPMG-inspired sequences. He is also an avowed motorcycle and mountaineering enthusiast that enjoys exploring new places as part of his external research.

Srivathsan is a second year PhD student in Electrical Engineering at Stanford University. His research interests are in the development of novel acquisition and reconstruction techniques for abdominal imaging. Outside of research, he enjoys watching and playing sports, and traveling. 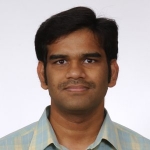 Yogesh is currently a Senior Technical Specialist at Philips HealthTech in Bengaluru, India. He did his PhD in Biomedical Engineering at Mayo Graduate School and served as an Assistant Professor at the Mayo Clinic College of Medicine in Rochester, Minnesota. His hobbies include reading, tennis, searching the meaning of life and lately changing diapers.

Jessica is a PhD student in the Biomedical Engineering Department at the University of Minnesota. She works at the Center for Magnetic Resonance Research where she is investigating techniques to correct ghosts and distortion in breast diffusion weighted imaging (DWI) with spin-echo EPI. She also enjoys downhill and water skiing.

Hong is currently a PhD student at the joint Bioengineering program at UC Berkeley and UCSF. His research is focused on developing pulse sequence and hardware for Hyperpolarized Carbon-13 metabolic imaging. He also enjoys scientific outreach, organizing events and playing sports. 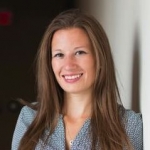 Karolina is currently a PhD student at the University of Toronto in rehabilitation science and collaborative program in neuroscience. Her research is focused on using various neuroimaging techniques as MRI and fNIRS to better understand functional and structural changes following paediatric mild traumatic brain injury. Karolina in her extra time enjoys writing blogs, scientific outreach and continually learning something new! 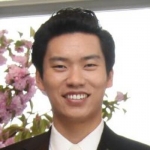 Luke is a researcher at the University of Utah. He earned his PhD at Duke University where he also completed postdoctoral training. His work is focused on developing MRI tools for the renal system. 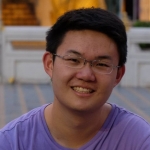 David is a PhD student in Electrical Engineering at Stanford University. His research is focused on pulse sequence design and reconstruction techniques for cardiac imaging. He also enjoys lifting, film, and travel.