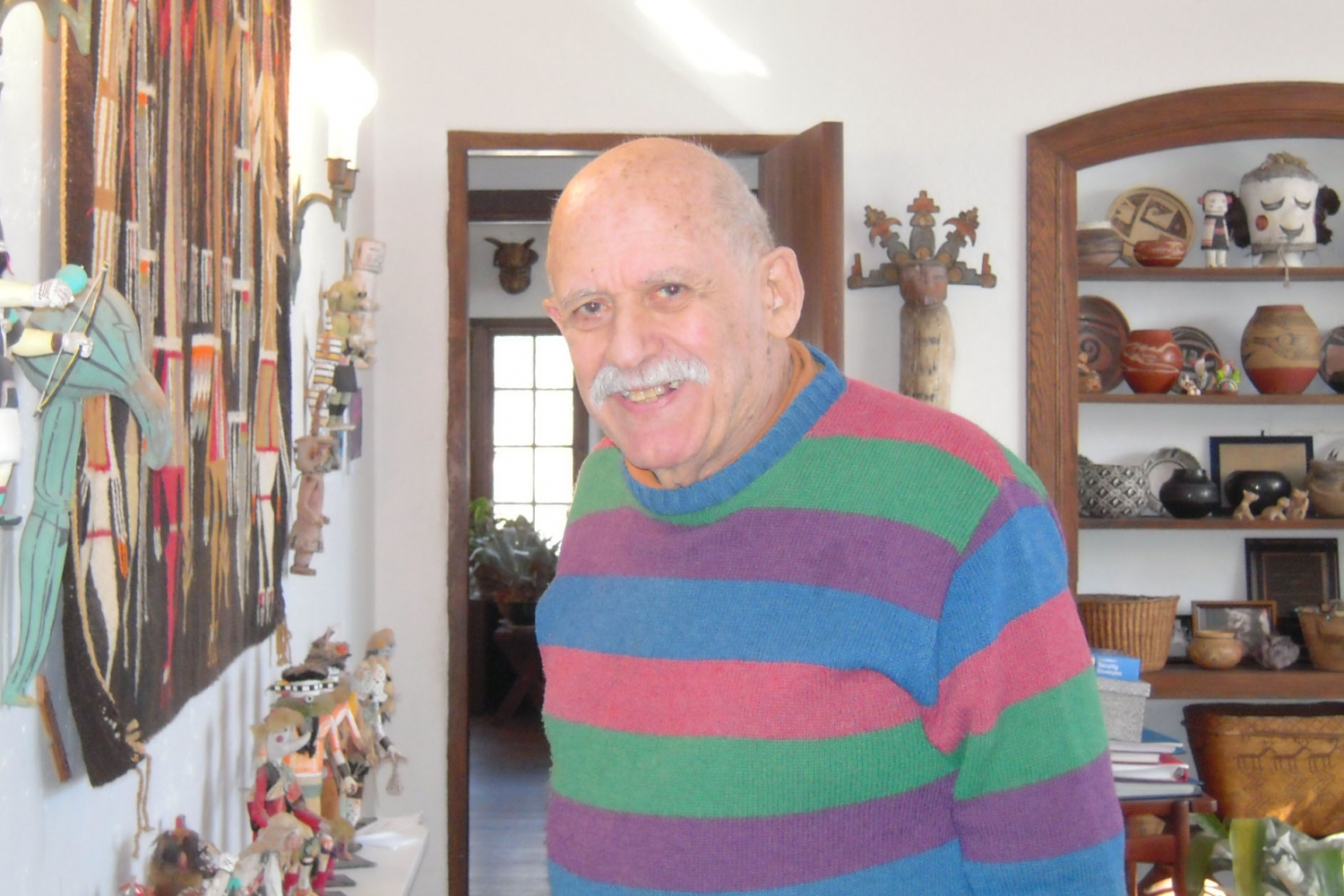 Seymour Koenig, a scientist, physicist, art historian, anthropologist – a renaissance man – loving husband and father, died this Monday morning at his home in Mahopac, his wife of 70 years by his side. He is survived by his daughter Phyllis and her husband David, his son Andy and his wife Barbara.

Seymour’s mother died when he was only eight years old; his father remarried, but then died too. Seymour was raised by an uncle and aunt, among cousins. He attended the Bronx Highschool of Science, then Brooklyn College, followed by deployment in the US Navy for 18 months. After the end of WW II he took advantage of the GI bill and enrolled in the newly formed School of General Studies at Columbia University, “following his curiosity in physics and mathematics”. In 1947 he married his soul mate Harriet, earned his BS in 1949 and his PhD in Physics in 1952. His thesis work is credited as a contributor to his mentor Polykarp Kusch’s Nobel Prize in Physics in 1955 for his precision determination of the magnetic moment of the electron.

Subsequently IBM recruited Seymour for a staff position at the IBM Watson Scientific Computing Laboratory at Columbia University where the first super-computer was developed in 1954 and the first personal computer in 1956. Seymour served as Director of this lab at Columbia University from 1957 to 1970 and as Adjunct Associate Professor of electrical engineering from 1957 to 1968.

In the early 60s Seymour spent one year at the IBM Lab in Zuerich, Switzerland.

The summers were spent as IBM consultant at the Los Alamos Laboratory near Santa Fee, New Mexico, a US government lab, dedicated to classified work on nuclear weapons. Living in the American South West, near Indian reservations, a whole new chapter started in Seymour and Harriet’s life. Together they followed their curiosity in the Indian people, their culture, rituals and art work. In their field work they gained the trust of medicine men and artists, collected Navajo rugs, Zuni pottery and ceremonial Hopi kachina dolls. This pursuit became their life-long passion and for Harriet a second career. She taught Anthropology for 44 years at the University of Connecticut at Stamford, and Seymour taught Art History at Columbia in 1970. The couple co-curated several Indian art shows in the Metropolitan NY area. Their work culminated in the 2005 publication of “Acculturation in the Navajo Eden – New Mexico, 1550 – 1750”, by Seymour H. Koenig and Harriet Koenig.

In 1970 the IBM Watson lab at Columbia University was moved into a beautiful new building in Yorktown Heights, NY, designed by the Finish architect Saarinen. Subsequently, in 1971 the Koenig family moved to Mahopac, NY.

During the late 1960s Seymour Koenig and Rodney Brown, who would become his co-worker at IBM for 40 years, had started to use solid state physics techniques to study proteins in solution. They used water protons (hydrogen nuclei) as probes to elucidate the size, shape and conformational state of proteins involved in life processes by measuring the magnetic relaxation rates of water protons in protein solutions. These experiments were later expanded to proton relaxation in tissues, relating to medical magnetic resonance imaging (MRI).

It was in 1984 when Seymour coined the word “relaxometry” for their unique field of study for a presentation at the NIH to distinguish it from magnetic resonance spectroscopy, and magnetic resonance imaging. The instrument, designed and built by Koenig and Brown at IBM to measure proton relaxation rates over a wide range of magnetic field strengths and at different temperatures, was then called a field-cycling relaxometer.

It was an exciting time in the Relaxometry Lab at IBM with outside collaborators from all over the United States, Canada and Europe – biochemists, biophysicists, physicists, radiologists.

MRI had come to fruition and was revolutionizing neurosurgery. The field-cycling relaxometer could measure the tissue parameters that determine contrast in MRI. In 1990, initiated by Seymour Koenig, IBM opened a satellite Relaxometry lab at New York Medical College, Valhalla, NY, under the auspices of the Departments of Radiology and Neurosurgery for basic research as well as clinical applications to MRI of human brain tumors. Collaborations with the pharmaceutical industry involved in the development of contrast agents for MRI were key to the success. After retirement from IBM in 1993 Seymour Koenig and Rodney Brown were consultants for this lab.

In Febr. 1988 Seymour was elected Fellow of the American Society for the Advancement of Science (AAAS) “for developing pulsed-field NMR relaxometry as a tool to study proteins and elucidate the basis of contrast in magnetic resonance imaging (MRI).”

In March 1988 he was awarded the Elizabeth Roberts Cole Award by the Biophysical Society.

Seymour authored/co-authored close to 200 scientific publications, numerous book chapters, anthropologic studies and taught and inspired students, postdocs and colleagues from all over the world.