Announcing the New Editor-in-Chief of Magnetic Resonance in Medicine 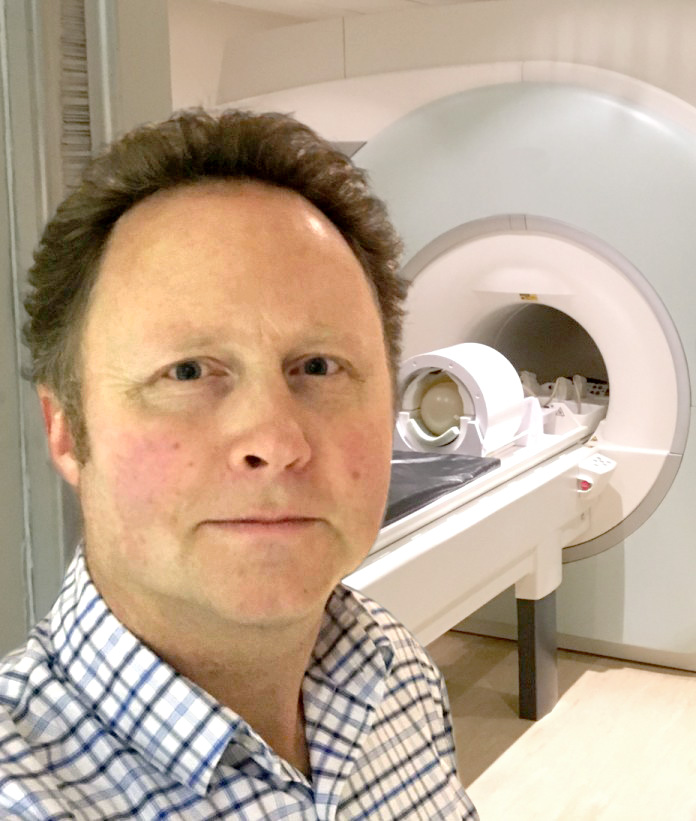 of our journal Magnetic Resonance in Medicine (MRM). Peter will begin his new role on 1 January 2020. He will replace Matt Bernstein, Ph.D., who has served as the Editor-in-Chief since 1 February 2011.

Peter trained as an undergraduate in physics at the University of Manchester in the UK, before commencing a PhD in MR physics at the University of Cambridge. In 1991 he moved to the National Institutes of Health, USA, to take up a post-doctoral, and later Unit Chief, position. He remained there for seven years, working in the NHLBI and NIMH, mostly on projects related to the development of functional MRI and physiological MRI measurements in the brain. In 1998 he moved back to the UK where he became a founding member of the Oxford Centre for Functional Magnetic Resonance Imaging of the Brain (now the Wellcome Centre for Integrative Neuroimaging). Initially a member of the MRC External Scientific Staff, seconded to Oxford, he was appointed to a tenured university professorship in neuroimaging in 2003, and to a fellowship at University College Oxford.

Peter has been an active member of the ISMRM and its predecessor societies since 1992, having served on the Scientific Program Committee, Education Committee, Publication Committee, and the Board of Trustees, culminating in serving as the ISMRM President in 2013-14. Peter has consistently supported Magnetic Resonance in Medicine as an author, reviewer and as a Deputy Editor (since 2010). He looks forward to working with Matt on the transition of the editorship, and thanks him for his outstanding nine years as Editor-in-Chief.

The ISMRM Board of Trustees is very pleased that Peter has accepted the position of Editor-in-Chief of Magnetic Resonance in Medicine and looks forward to his leadership in the coming years.